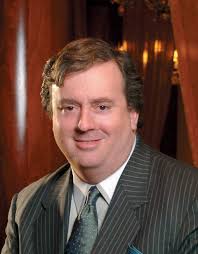 Judge Eric Goodman in Las Vegas Justice Court dismissed six misdemeanor counts faced by the hotel company and two hotel employees. Goodman, who happens to be the son of the Las Vegas mayor, did so after hearing statements by Clark County District Attorney David Roger and Harrah’s attorney, who is Richard Bryan, the former governor and U.S. senator.

Though this was entirely expected, the reality of it actually happening is still sickening. Similar to the Gaming Control Board, our apparently corrupt District Attorney David Roger seems to have decided that when a casino corporation commits crimes, all it has to do to avoid prosecution of it and its executives is say it’s sorry and pay the costs of the investigation.

Of all the shameful, despicable things we see from Nevada governments on a routine basis, this has to rank among the worst. Shame on David Roger, shame on Harrah’s, and shame on Judge Goodman.

Judging by the comments posted after the news article linked above, it appears that many other local residents are outraged by the cowardly behavior displayed by Mr. Roger and Judge Goodman. I hope that voters remember this when these two creeps are up for re-election.

Previous comments on this matter: